No matter what type of contact center, we all have agents with different levels of tenure, skill and motivation that inevitably leads to a bell curve of agent performance and effectiveness. We all desire our agents move to the upper end of the curve where that magic combination of high productivity and quality exists. 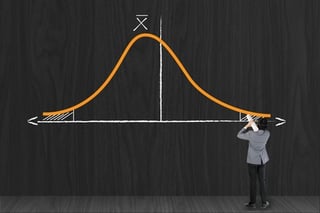 The typical performance bell curve for contact center agents shows us that we have highly effective agents, those that are considered average performers and agents that are below average. Most of us focus on coaching and developing agents that are in the lower part of the bell curve, the agents that are in need of the most help in improving effectiveness. However, does it also make sense to also spend time coaching your best agents on an ongoing basis?

Perhaps we don’t need to look any further than Rafael Nadal for the answer. In this year’s US Open, Nadal won the final game of the championship in three straight sets coming into the tournament ranked as the world’s #1 tennis player and continuing his dominance in the sport. However, while Nadal is at the top of his game, he has a coach who continues to work with him on refining his serve, return, and volley. In fact, he now has two coaches as he seeks different input and approaches to continue to improve his game and maintain his #1 ranking.

The lesson learned? As we look within our own contact centers, continuing to invest in the effectiveness of our top performers is important and can keep them at the top of their game. Coach them to not just serve within the lines, but to hit an ace and win more matches by being better, faster and smarter.